AstraZeneca’s immunotherapies Imfinzi (durvalumab) and Imjudo (tremelimumab) have been approved in Japan for the treatment of three cancer types: advanced liver, biliary tract and lung.

Dave Fredrickson, Executive Vice President, Oncology Business Unit, AstraZeneca, said: “Japan has one of the highest rates of diagnosis for liver and biliary tract cancers in the world, and lung cancer remains the country’s leading cause of cancer death. With these approvals for Imfinzi and Imjudo, patients in Japan can now be treated with novel immunotherapy-based treatment regimens that have demonstrated significant survival benefits across three complex cancers with poor prognoses.”

Imfinzi and Imjudo approved in liver cancer
The approval of Imfinzi in combination with Imjudo for the treatment of unresectable HCC brings the first dual immunotherapy treatment regimen to patients in Japan. The approval is based on results from the HIMALAYA Phase III trial, in which a single dose of the anti-CTLA-4 antibody Imjudo 300mg added to the anti-PD-L1 antibody Imfinzi 1500mg followed by Imfinzi every four weeks (STRIDE regimen: Single Tremelimumab Regular Interval Durvalumab) significantly reduced the risk of death versus sorafenib. The addition of Imjudo to Imfinzi did not increase severe liver toxicity, and no bleeding risk was observed.

HIMALAYA also served as the basis for the approval of Imfinzi monotherapy in the same disease setting. In HIMALAYA, Imfinzi demonstrated non-inferior overall survival (OS) compared to sorafenib, and an improved tolerability profile versus sorafenib.

The safety profiles of the combination of Imjudo added to Imfinzi and for Imfinzi alone were consistent with the known profiles of each medicine, and no new safety signals were identified.

Liver cancer is the fifth-leading cause of cancer death in Japan and the sixth most commonly diagnosed cancer worldwide.1,2 HCC is the most common type of liver cancer with 80% of cases occurring in the Asia-Pacific region.3,4 In Japan, approximately 45,000 people are diagnosed with HCC and 32,000 die of the disease each year.5,6

Imfinzi and Imjudo approved in NSCLC
The approval of Imfinzi and Imjudo plus chemotherapy for the treatment of unresectable, advanced or recurrent NSCLC is based on results from the POSEIDON Phase III trial, which showed a limited course of five cycles of the anti-CTLA-4 antibody Imjudo added to Imfinzi plus four cycles of platinum-based chemotherapy significantly reduced the risk of death versus a range of chemotherapy options.

The safety profile for Imjudo plus Imfinzi and chemotherapy was consistent with the known profiles of each medicine, and no new safety signals were identified.

In Japan, lung cancer is the most commonly diagnosed cancer, with more than 138,000 patients diagnosed in 2020.1 The prognosis for patients with metastatic NSCLC in Japan is particularly poor, as less than 20% will live beyond three years after diagnosis without treatment.7

Regulatory applications for Imfinzi and Imjudo are currently under review in the EU and several other countries based on the HIMALAYA, TOPAZ-1 and POSEIDON results.

BTC is a group of rare and aggressive cancers that occur in the bile ducts and gallbladder.8,9 In 2021, approximately 23,300 people in Japan were diagnosed with BTC, which is the sixth-leading cause of cancer-related deaths for women and seventh-leading cause of cancer-related death for men in Japan.7 Patients face a poor prognosis, with approximately 19% to 31% of patients with BTC surviving five years.7

The trial included a total of 1,324 patients with unresectable, advanced HCC who had not been treated with prior systemic therapy and were not eligible for locoregional therapy (treatment localised to the liver and surrounding tissue).

In HIMALAYA, the STRIDE regimen reduced the risk of death by 22% versus sorafenib (hazard ratio [HR] 0.78; 95% confidence interval [CI], 0.66-0.92; p= 0.0035). An estimated 31% of patients treated with the combination were still alive after three years, with 20% of patients treated with sorafenib still alive at the same duration of follow-up. The safety profiles of the combination of Imjudo added to Imfinzi and for Imfinzi alone were consistent with the known profiles of each medicine, and no new safety signals were identified.

Updated results after approximately four years of follow-up presented at the European Society for Medical Oncology Congress 2022 demonstrated sustained survival benefit, improving overall survival (OS) by 25% compared to chemotherapy alone (HR 0.75; 95% CI, 0.63-0.88). An estimated 25% of patients treated with the combination were alive at three years versus 13.6% for those treated with chemotherapy alone. The safety profile for Imjudo plus Imfinzi and chemotherapy was consistent with the known profiles of each medicine, and no new safety signals were identified.

TOPAZ-1
TOPAZ-1 was a randomised, double-blind, placebo controlled, multicentre, global Phase III trial of Imfinzi in combination with chemotherapy (gemcitabine plus cisplatin) versus placebo in combination with chemotherapy as a 1st-line treatment in 685 patients with unresectable advanced or metastatic BTC including intrahepatic and extrahepatic cholangiocarcinoma, and gallbladder cancer. Patients with ampullary carcinoma were excluded.

The primary endpoint was OS and key secondary endpoints included PFS, ORR and safety. The trial was conducted in 105 centres across 17 countries including in the US, Europe, South America and several countries in Asia including South Korea, Thailand, Japan and China.

Imfinzi
Imfinzi (durvalumab) is a human monoclonal antibody that binds to the PD-L1 protein and blocks the interaction of PD-L1 with the PD-1 and CD80 proteins, countering the tumour’s immune-evading tactics and releasing the inhibition of immune responses.

Imfinzi is the only approved immunotherapy in the curative-intent setting of unresectable, Stage III NSCLC in patients whose disease has not progressed after chemoradiotherapy and is the global standard of care in this setting based on the PACIFIC Phase III trial.

Imfinzi is also approved in the US, EU, Japan, China and many other countries around the world for the treatment of extensive-stage small cell lung cancer (ES-SCLC) based on the CASPIAN Phase III trial. In 2021, updated results from the CASPIAN trial showed Imfinzi plus chemotherapy tripled patient survival at three years versus chemotherapy alone.

Since the first approval in May 2017, more than 100,000 patients have been treated with Imfinzi.

As part of a broad development programme, Imfinzi is being tested as a single treatment and in combinations with other anti-cancer treatments for patients with SCLC, NSCLC, bladder cancer, several gastrointestinal (GI) cancers, ovarian cancer, endometrial cancer and other solid tumours.

In addition to its approved indications in liver and lung cancers, Imjudo is being tested in combination with Imfinzi across multiple tumour types including locoregional HCC (EMERALD-3), SCLC (ADRIATIC) and bladder cancer (VOLGA and NILE).

AstraZeneca in GI cancers
AstraZeneca has a broad development programme for the treatment of GI cancers across several medicines and a variety of tumour types and stages of disease. In 2020, GI cancers collectively represented approximately 5.1 million new cancer cases leading to approximately 3.6 million deaths.10

Within this programme, the Company is committed to improving outcomes in gastric, liver, BTC, oesophageal, pancreatic, and colorectal cancers.

Enhertu (trastuzumab deruxtecan), a HER2-directed antibody drug conjugate, is approved in the US and several other countries for HER2-positive advanced gastric cancer and is being assessed in colorectal cancer. Enhertu is jointly developed and commercialised by AstraZeneca and Daiichi Sankyo.

Lynparza (olaparib), a first-in-class PARP inhibitor, is approved in the US and several other countries for the treatment of BRCA-mutated metastatic pancreatic cancer. Lynparza is developed and commercialised in collaboration with MSD (Merck & Co., Inc. inside the US and Canada).

AstraZeneca in lung cancer
AstraZeneca is working to bring patients with lung cancer closer to cure through the detection and treatment of early-stage disease, while also pushing the boundaries of science to improve outcomes in the resistant and advanced settings. By defining new therapeutic targets and investigating innovative approaches, the Company aims to match medicines to the patients who can benefit most.

The Company’s comprehensive portfolio includes leading lung cancer medicines and the next wave of innovations, including Tagrisso (osimertinib) and Iressa (gefitinib); Imfinzi and Imjudo; Enhertu and datopotamab deruxtecan in collaboration with Daiichi Sankyo; Orpathys (savolitinib) in collaboration with HUTCHMED; as well as a pipeline of potential new medicines and combinations across diverse mechanisms of action.

AstraZeneca is a founding member of the Lung Ambition Alliance, a global coalition working to accelerate innovation and deliver meaningful improvements for people with lung cancer, including and beyond treatment.

AstraZeneca in immuno-oncology (IO)
AstraZeneca is a pioneer in introducing the concept of immunotherapy into dedicated clinical areas of high unmet medical need. The Company has a comprehensive and diverse IO portfolio and pipeline anchored in immunotherapies designed to overcome evasion of the anti-tumour immune response and stimulate the body’s immune system to attack tumours.

AstraZeneca aims to reimagine cancer care and help transform outcomes for patients with Imfinzi as a single treatment and in combination with Imjudo as well as other novel immunotherapies and modalities. The Company is also exploring next-generation immunotherapies like bispecific antibodies and therapeutics that harness different aspects of immunity to target cancer.

AstraZeneca is boldly pursuing an innovative clinical strategy to bring IO-based therapies that deliver long-term survival to new settings across a wide range of cancer types. With an extensive clinical programme, the Company also champions the use of IO treatment in earlier disease stages, where there is the greatest potential for cure.

AstraZeneca in oncology
AstraZeneca is leading a revolution in oncology with the ambition to provide cures for cancer in every form, following the science to understand cancer and all its complexities to discover, develop and deliver life-changing medicines to patients.

The Company’s focus is on some of the most challenging cancers. It is through persistent innovation that AstraZeneca has built one of the most diverse portfolios and pipelines in the industry, with the potential to catalyse changes in the practice of medicine and transform the patient experience.

AstraZeneca has the vision to redefine cancer care and, one day, eliminate cancer as a cause of death.

AstraZeneca
AstraZeneca (LSE/STO/Nasdaq: AZN) is a global, science-led biopharmaceutical company that focuses on the discovery, development, and commercialisation of prescription medicines in Oncology, Rare Diseases, and BioPharmaceuticals, including Cardiovascular, Renal & Metabolism, and Respiratory & Immunology. Based in Cambridge, UK, AstraZeneca operates in over 100 countries and its innovative medicines are used by millions of patients worldwide. Please visit astrazeneca.com and follow the Company on Twitter @AstraZeneca.

Related Topics:
Up Next 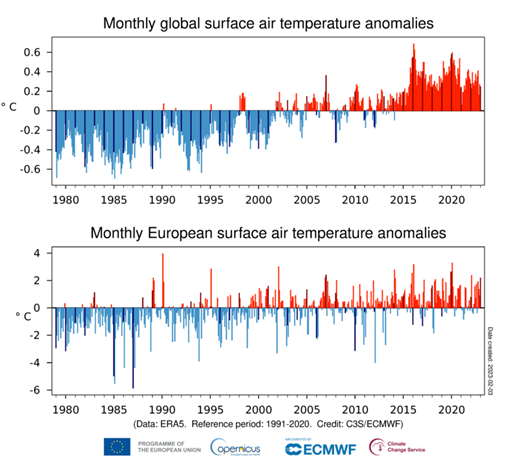 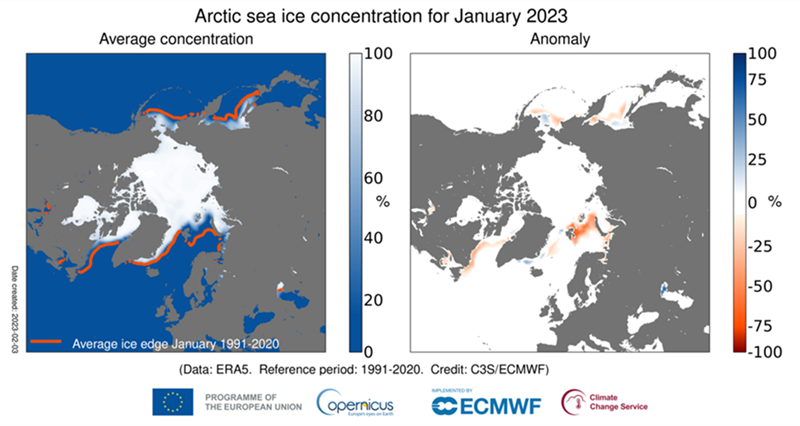 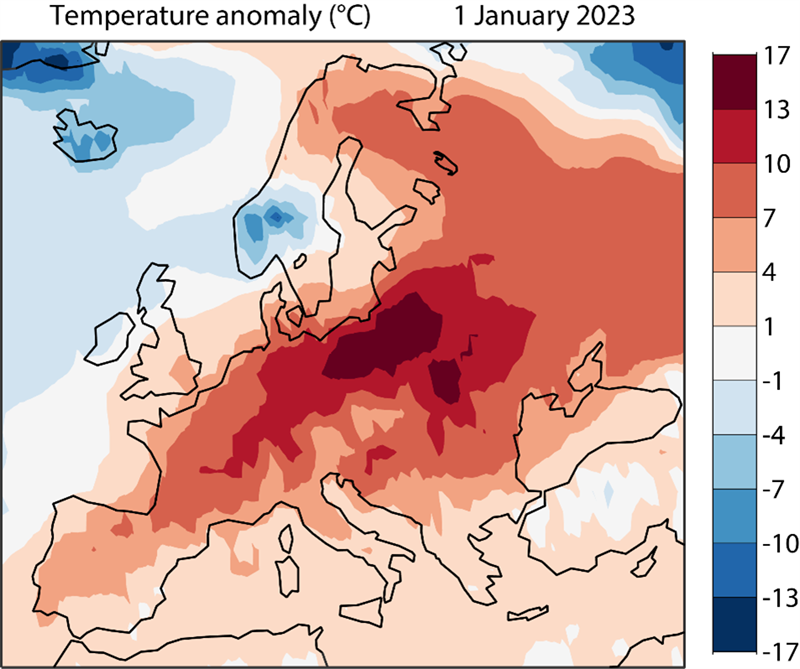